In the Arab culture, the bridegroom would solicit the permission of the bride’s father before he proposes. Thereafter, a date is set for the “asking”, where his family goes to the bride-to-be’s house to ask her family to consent to the union.

Thirty-five members of Jonas’ family arrived at JoMarie’s house with a cart filled with bread and fruits to signify the breaking of bread between two families. After a dinner feast, the engagement party and wedding was planned.

The bride’s agenda on the morning of the wedding included the Blessed Sacrament and Confession with her family (which provided her a sense of peace for the day). Thereafter, bridesmaids arrived at her house and groomsmen at Jonas’ house. The bridal party proceeded to the church, and finally to the reception after a quick detour at an aunt’s house to take photographs.

JoMarie bought her Vera Wang dress from Ever After boutique in Miami. It was the first dress she tried on; she fell in love with its simple sweetheart bodice and ballroom skirt with individually ruched silk organza and tulle bunches. Her shoes, with its tulle and organza front, perfectly complemented her dress. Her earrings were “something borrowed” from her godfather’s wife.

The wedding reception décor comprised centerpieces elevated on glass pedestal martini glasses with white dendrobium orchids imported from Indonesia. The head table was adorned with orchids, roses and anthuriums. The corridor leading to the ballroom was transformed into a magical secret garden with hanging vines and trellises. Fresh flowers and foliage were used throughout.

The five-tier wedding fruitcake was designed by the bride’s mother and mother-in-law to complement her gown; the designers’ vision was executed by Ann Whitby.

The couple opted for drumbaki (Arabic) drumming in addition to their disk jockey. The bridal party entered the reception ballroom to the sounds of both Arabic music and drumming.

What were the most memorable moments?

JoMarie: My bridesmaids were lifting my dress and singing, “We’re going to the chapel and we’re going to get married” as we walked to the car which would take us to the church. I started to cry as the reality that this was my wedding day sunk in.

Walking into the reception, with my husband and the bridal party, to Arabic drums, and waving handkerchiefs, was a moment that I would never forget. This is also the moment where the bride is welcomed into the groom’s family.

During an interlude my mother had my cousin sing Martina McBride’s I Hope You Dance as a surprise to me. This was very heartfelt and touching. I would also never forget dancing with my father and looking over to see Jonas dancing with his mother.

The most sentimental moment?

JoMarie: Our four grandmothers carried the Offertory at the church; it was extremely special to us to have all four grandmothers present as our grandfathers have passed away, and not many couples can boast this honour.

What were the most unique things about your wedding?

JoMarie: We wanted our wedding to reflect our Trinidadian and Syrian/Lebanaese cultures so we included a Chow bar, an Arabic coffee bar, an argyle/hookah station with Arabian rugs and couches as well as doubles (which came out later in the night after the party got under way). Another unique element was a picture slide show of what happened that day, before the wedding (my bridesmaids and I getting ready as well as Jonas and his groomsmen), as you don’t usually get to see this taking place.

“Putting Away” the Bride

The bride wore two outfits, the traditional red sari, and yellow sari, purchased at Arman’s Bridal Fashions in Jackson Heights, New York. Yogita says, “There was all this jewellery, and my skirt alone was twenty-five pounds; my veil was five pounds in itself. So you have to get someone to put it all together.” Michael Salickram, co-founder and art director of Shiv Shakti dance group, helped her to do just that; he put the bride away as they say.

Yogita comes from a very traditional Hindu family, hence culture and rituals are very important to her. “I wanted that…the actual ceremony…to be the focus of the day. I really wanted people to witness our wedding.” The couple loved the style and flair of western weddings and sought to marry that with tradition. Hence, the marriage rituals were witnessed by guests in a banquet setting, with a reception immediately following. Yogita says, “I did not have a home wedding in the traditional way – I had it at the hall. When you’re (a Hindu woman) getting married you can’t leave the house the day before, so I could not go to the hall to see the decorations; I just had to remind myself to breathe.”

Yogita has been dancing Indian classical dance, one of her greatest passions, for the past twenty-five years. She quips that Ramiz does not enjoy Indian dance and movies as much as she does; his passion is football. Thus there was also a merging of personalities at their wedding, reflected in their unique place cards, where those for the “girl’s side” were named after Indian dancers, whilst those for the “boy’s side” were named after football stadia, such as Old Trafford.

The red and gold colour scheme of the jewelled invitations, the first glimpse into the event, was translated throughout the wedding. A jewelled Indian woman appears on both the invitations for Yogita’s guests as well as the place cards, whilst the counterpart male appears for Ramiz’s guests.

The bride walked into the mandap with rice in her hands. Rice in general, in the Hindu tradition, symbolizes prosperity and good fortune. Hence rice is also traditionally showered upon the bride in a celebratory manner. Ramiz was greeted by Yogita’s mom as he entered the wedding venue; in fact, he’s not allowed to enter until he’s greeted by her. Yogita’s brother then washed his feet and ensured that he was comfortable. Traditionally, when a guest comes to your home you honour them by washing their feet.

Ramiz then came out to the marriage area, or mandap, where Yogita’s father greeted him; afterwards the bride entered the wedding hall, to the tune of the Indian song, Tujh Mein Rab Dikhta Hai (I see God in You), accompanied by close family members. The song is special to the bride and groom (it’s the song from the first Indian movie they saw together), who in that moment, saw each other for the first time that day, and sat opposite each other. The bride’s parents actively participate in a solemn giving away – the mother places her hand under the bride’s, whilst the father places his under the groom’s; the groom’s other hand is then placed beneath.

The wedding vows, or Saptapadi, is thought to be the bringing together of two compatible souls. It involves seven mounds of rice, symbolizing seven steps together, or a journey. The first three mounds symbolize the part of the journey where the bride walks alone; from the fourth mound onward, the couple join hands and walk the rest of the way together. Yogita says, “For me, those vows were transcendental; the actual moment of joining together.”

When ancestors brought tradition – they also brought vows. One such vow, for the bride, was to be punctual in domestic duties, in order to avoid discomfort to her husband. This flummoxed Yogita, who had not heard about this particular vow until the wedding day, and who made it clear to the Pundit that she could not agree to it. She says, “ The Pundit did not know what to say to me at that point, so eventually I agreed to share domestic duties with my husband, and he happily agreed – he was relieved that I agreed to something.”

Sometimes, the most memorable moments are unplanned – often being the things that went wrong. Yogita recalls: “It was raining really heavily on the day, just as the barath (the groom and guests) were making their way to the venue, and a tree fell across the road. They were all stuck there, waiting for someone to clear the road. This happened close to where they were building a smelter; there was an alternative, forested road and the guard agreed to let only two cars go through. But Ramiz’s parents were left behind, and the wedding could not start without them; we waited two hours for all our guests to arrive.”

The engagement: In Gujarati tradition, the bride’s family sends gifts and sweets for the groom as well as his family. In this case, the bride’s brother was dispatched with gifts, including fruits, and money, to be presented to the groom. In return, the groom sends the ring.

Mehindi Night: This event was held a few days following the engagement. The bride invited only family and close friends – the people she wanted to feel very connected with. Celebrated Mehindi artist, Varsha Roodal, was at hand to provide intricate designs for guests. The bride’s sister and cousins organized dance rehearsals for this night, as a group among them were actually practicing to perform at the wedding.

Matikur Night: This night follows the Mehindi night. Some friends from Yogita’s dance class performed a dance medley, and Yogita recalls that the aftermath was like a scene from an Indian movie, where everyone just came out in impromptu song and dance – that strangely enough, seemed choreographed.

Laawa night: To celebrate, women and men gather to cook dinner for this night and prepare for the following day. Apart from food preparation, one of the main rituals is the “parching of the laawa.” Laawa (rice paddy), is heated on a flame – the same happens at the groom’s house – and there is a little competition to see who parches the first or most – the saying goes that if the groom’s parches first the bride’s won’t parch, and vice versa. 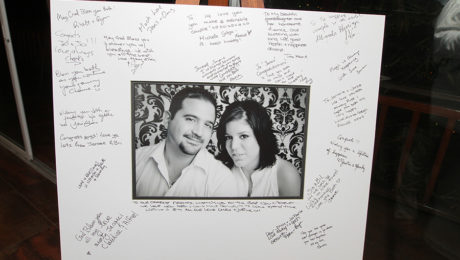 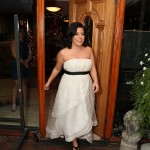 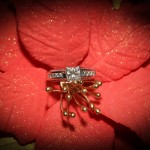 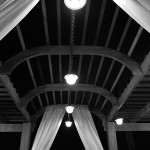